What Does the 2022 Global State of the Media Report Mean for UK PRs?

This year’s Global Sate of the Media report pooled the opinions of more than 3,800 journalists spread over 17 regions worldwide. It’s a detailed snapshot of where editorial staff, freelancers and publishers sit in 2022. Yet across each region there are some subtle differences and nuances about how journalists think and work.

Nearly 400 State of the Media respondents are UK-based journalists, with 15.72% describing the primary industry they cover as news, 13.66% saying business and finance and 11.86% noting their main beat was arts and entertainment.

But what can be gleaned from the UK data? And how does it stack up against the global numbers? We sifted through the figures to get a sense of the challenges and pain points they face – and unearth valuable insight for PRs looking to build their relationships with UK journalists. 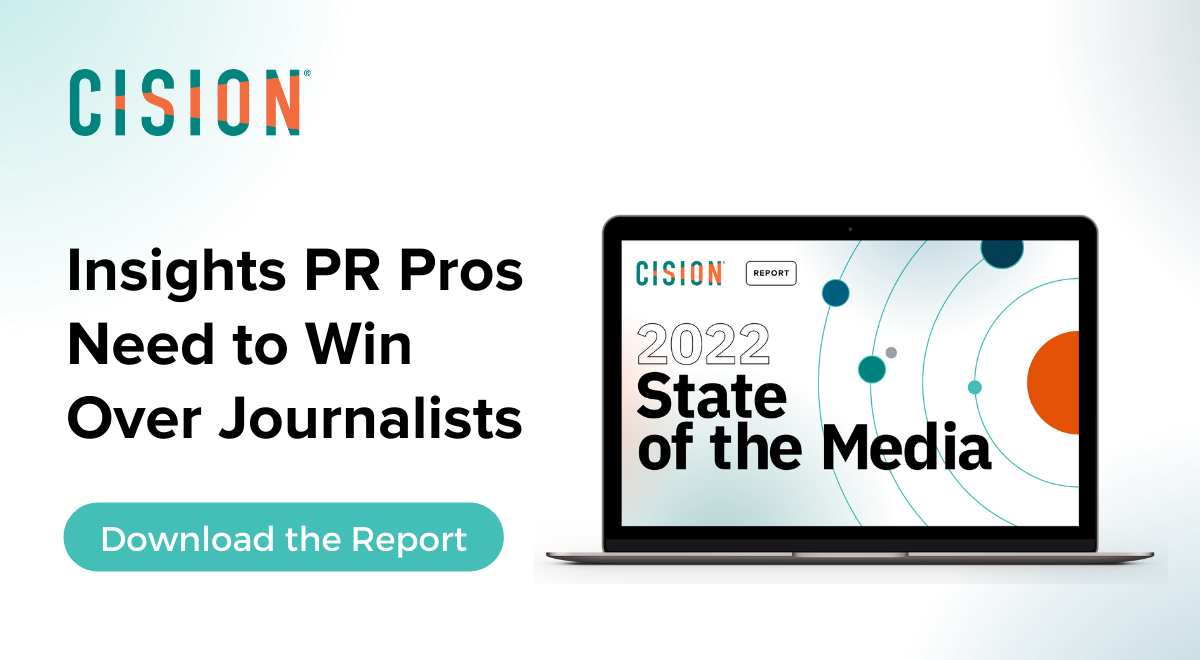 Worldwide, journalists said maintaining credibility as a trusted news source and combating fake news was the biggest challenge they faced over the last 12 months, named by 32% of survey respondents. That’s not the same here in the UK, however, where the primary concern is around lack of staffing and resources (noted by 23.97%). Behind that is declining advertising and circulation revenues with 16.75% and credibility and trust at 14.95%. On the latter issue, 50.9% of all journalists surveyed in the UK said they believe the public has lost trust in the media, while that number rises higher globally to 57%.

Journalists are also alert to the challenges of digital and social. Where once editorial produced copy for the printed page and were none-the-wiser as to who exactly had read it, now platforms like Google Analytics can track an individual’s every move. At a global level 59% said reader metrics are making them rethink how they evaluate stories, slightly higher than the 40% who responded similarly in the UK.

How do UK journalists use social media?

When it comes to State of the Media’s social media stats, here’s where the UK diverges from the cumulative global responses. Below are the platforms UK editorial use most for professional reasons:

Whese figures might tempt PRs to slide into a UK journalist’s Twitter DMs, but be wary as 33.51% said they’d rather not be contacted directly on social media. Furthermore, 15.21% noted they may even block a PR for doing so unsolicited.

While Twitter may be the runaway winner in the UK, worldwide it’s a different story where Facebook is favoured overall, named by 63% of those surveyed. Twitter and LinkedIn are close behind on 59% and 56% respectively, followed by Instagram (44%), YouTube and WhatsApp (both 28%), TikTok (5%) and Snapchat (1%).

A closer at look at the specific North America, Europe and APAC regions begins to paint a more complete picture for social. Over in APAC, the prevalence of Facebook helps to lift those global numbers, and intriguingly the below chart highlights the popularity of WhatsApp in every region aside from North America.

For UK PRs, these findings highlight just how important it is to keep in mind cultural and regional differences if you’re communicating with journalists overseas.

What do UK journalists really want from PRs?

It may seem like a no-brainer but 80.72% of journalists in the UK said the best way PRs can help them is by “understanding my target audience and what they find relevant”. That’s far ahead of the 52.96% who want PRs to “stop spamming” them, which correlates with the 82% who said repeated irrelevant pitches would lead to them blocking the sender.

It’s clear that pitch relevance and personalisation is key to getting the message across to UK journalists. That means doing your homework and targeting the right journalists at the right outlets for the story, event or product you want covered. The more you demonstrate an understanding of what the reporter covers (paying attention to their social feeds can help here) the more you will stand out.

And the best vehicle to deliver information to UK journalists? There’s an emphatic winner named by 87.86% of respondents: the press release. Its popularity is slightly lower on a global level, where 76% said they were looking for news announcements and press releases. Back in the UK, when asked what multimedia or data elements they included in their articles over the past 6 months, 86.35% of those surveyed said images. After that 47.63% mentioned videos and 46.24% social media posts. With that in mind, crafting a compelling press release with publication-ready imagery and embeddable content to enhance the story is the best way to get out of an inbox and onto an editorial plan.

What all this information tells us is that UK journalists are looking for PRs to show an understanding about how they work and be able to get them the assets they need to do their jobs. They’re working harder than ever, often with limited resources, so making their lives easier will go a long way.

If you’re looking to learn more about journalists from a global perspective then you can download the full 2022 State of the Media report or speak to one of our experts about how Cision can help shape your PR strategy.