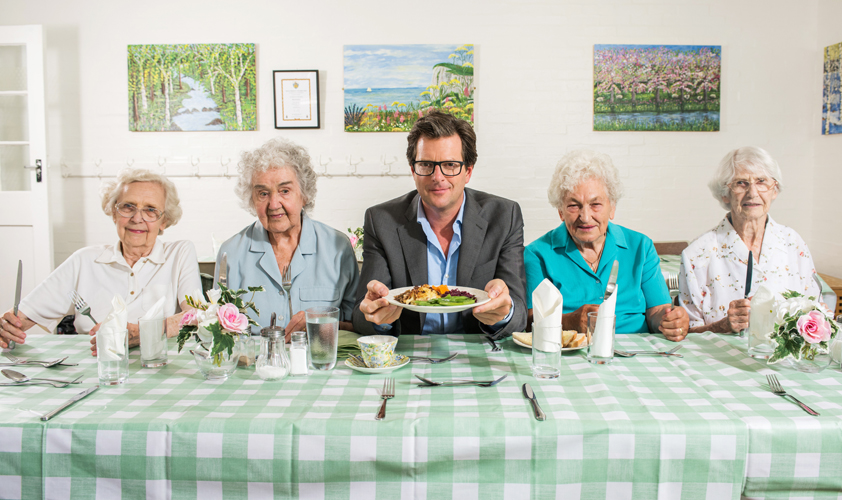 Over the last 80 years, Royal Voluntary Service has inspired millions of ordinary men and women to give up their time in order to meet the needs of the day.

With such clubs in high demand, and realising a need to make the service available in more communities, Royal Voluntary Service embarked on a campaign to champion and celebrate the work of its lunch club volunteers and inspire others to follow their lead.

The team’s was to highlight the ‘spirit’ of lunch clubs by creating a parody of MasterChef. Both the service’s in-house team and Third City looked to bring the campaign to life with a tongue-in-cheek film putting the culinary skills of a lunch club volunteer cook under the scrutiny of MasterChef judge and food critic, William Sitwell. The result was a MasterChef spoof video that landed key messages in a fun and engaging way.

For the media relations aspect of the campaign, the film was supplemented with key stats on the number of meals cooked by the charity’s volunteers each year. Additionally, new campaign research was released to link with media interest around loneliness, showing one in five people over 70 eat most of their meals alone.

On social, the team built a range of audience segments were on Facebook and Instagram to target consumers (segments included age range, geographical locations, retirees, interested in charity work or cooking.)

The charity used Twitter to engage with influencers, celebrities and organisations, mapped against a range of interests; from general cooking to MasterChef, to those focused directly on social care and supporting people in later life.

In order to further demonstrate the talents of the lunch club cooks, Sitwell worked with Royal Voluntary Service volunteers to compile a cookbook of hearty, home cooked lunch club favourites, which was made available for download.

Royal Voluntary Service and Third City used Cision’s monitoring software to track and measure the results of the campaign.

The campaign achieved its goal of getting the public to step forward and volunteer. At the end of the campaign, over 300 people had enquired about volunteering at a lunch club and with the charity’s other services.