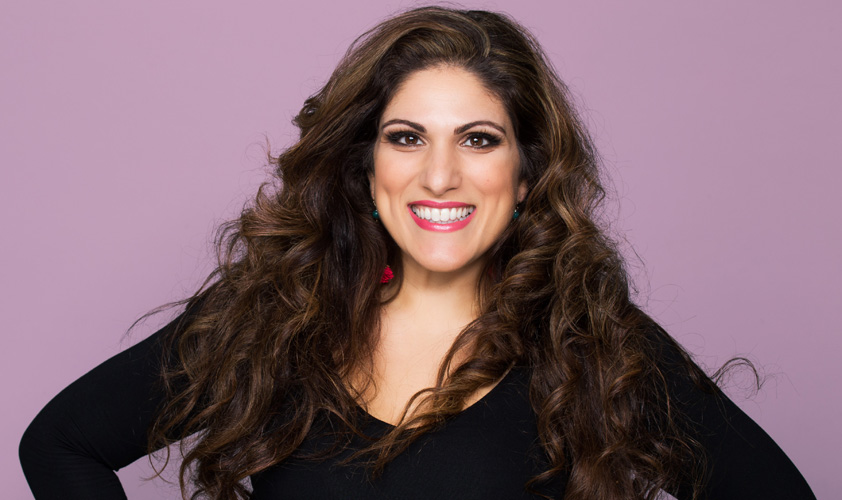 Vicki Psarias, the blogger behind Honest Mum, reveals what led her to create the blog, releasing her book – MUMBOSS – and how PRs can best work with her.

What was your inspiration for creating the Honest Mum brand?

I started the blog in 2010 during maternity leave from my job as a TV director and, at that point, I had no idea a blog could become a business, nor was it my intention. Very few people even knew what a blog was back then.

I was suffering from a traumatic birth at the time and felt rather lost and alone. Starting a blog helped me to rediscover my voice and my confidence again. I got back on set directing TV commercials when my son turned one, but soon blogging had morphed into an accidental career as the medium became popular and brands wanted to work with bloggers.

I loved the fact working digitally in this way was flexible and well-paid and most importantly, worked around my family. By the time my second son was born in 2012, I was blogging and vlogging full time. From there, my career has grown.

I wrote a bestselling book sharing all that I know titled MUMBOSS to help mobilise other mothers (and fathers) and I’ve partnered on groundbreaking campaigns (I was the first UK blogger to represent an airline). I have also spoken twice in Parliament on enterprise and mental health respectively, and I regularly appear on national TV and radio as a parenting expert.

How have you been able to grow your brand so quickly over the last few years?

I think the fact digital has exploded, becoming the default way in which to communicate and consume media has been integral to my business’s growth. The timing of my blog also helped. Being one of the first bloggers in the UK across all genres gave me a strong platform and archive of material in which to build upon.

I have been blogging for over eight years now, and have grown an audience organically – a dedicated sector who trust me – with large audiences in the UK, US, Australia and Europe. I have 170,000 followers on social media and reach between one and two million people a month.

At what point did you realise that the blog had taken off to the point that you could focus on it full-time?

The transition happened naturally. I remember realising that I was earning more blogging than freelance writing and directing, and that a digital career meant not having to compromise on time with my children.

There are huge inequalities in the workforce for mothers and I’m committed to helping support those who want digital careers around their families sharing my expertise and experience on the blog and in my book.

What type of content is most popular with your audience?

The opinion pieces that are newsworthy do well, and posts on my own experiences such as my traumatic birth or recent thyroid operation have resonated (I received messages from women all over the world on both).

My recipes appear to be much-loved too which is great as many are passed down from family members. Pinterest is a huge traffic driver for the latter.

You’ve also released a book which became a number one Amazon bestseller. What is the secret to its success?

I think the secret is the not-so-secret fact of being consistent, of committing to writing regularly but always following my passions. And being honest of course!

I have great relationships with PRs and feel grateful for their support and for championing me. Most of my work is repeat business.

I’ve actually made some long lasting friendships with PRs over the years, some I have worked with since the very early days of blogging. I work across lots of genres from fashion to film, beauty, fashion and beyond. No day is the same and I love the diversity.

Finally, what’s next for Honest Mum?

More of what I love, another book perhaps, and a new digital project which is in the embryonic stage at the moment. I hope to combine directing with my digital career in the future too. Hopefully, at some point over the next few years, I would like another baby too (if I can convince my husband that is)!