Christina Neal launched Women's Fitness independently in 2002 under the name of Personal Trainer, and remained onboard as Editor for a further three years when it was bought and relaunched under the new name. She edited the title until 2009 when she left to become launch editor of Women’s Running. More recently Christina was the Editor of the Kelsey Media magazine, Outdoor Fitness & Adventure. She spoke to Cision's Media Research team about her journey in the magazine industry... 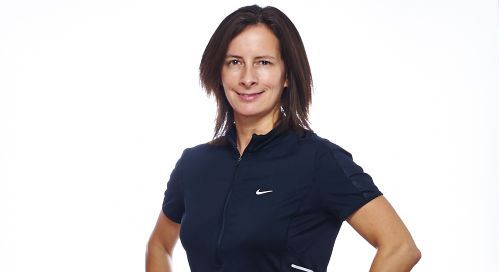 How did you get into the world of fitness publications? What advice do you have for journalists who want to specialise as you have done?

Before working on fitness magazines I was a publisher at Dennis Publishing overseeing music magazines Classic Rock and Metal Hammer. The work was fun but I noticed I was developing an unhealthy lifestyle despite being a regular gym goer. I was going to many gigs where there were free bars and my wine intake was going up and up! Then when my magazines were sold to another publisher in 2000, I took voluntary redundancy and decided to focus on writing and editing fitness titles, as fitness was my passion. By that time, I had a good amount of experience as a writer and editor so I was able to get some writing work for magazines including Health & Fitness, Slimming, Slimming World and WeightWatchers magazine. Then I was asked to edit Good Health magazine which I did before launching Personal Trainer in 2002.

Nowadays the fitness world is so much more competitive ... the information we provide has to be exceptional and it’s a challenge to stand out from the crowd and get noticed.

How does it feel to return to Women's Fitness? What are some of the biggest changes you've noticed?

It feels fantastic if a little strange! So much has changed in the world of fitness. Back in March 2002 when I launched the title, social media wasn’t prevalent, there weren’t any fitness apps as far as I know and anyone into fitness would simply buy magazines or go online for information. Nowadays the fitness world is so much more competitive - magazines have more competition in terms of where people get their information, and gyms have more competition from home fitness apps and remote personal trainers. The information we provide has to be exceptional and it’s a challenge to stand out from the crowd and get noticed. However, that’s a challenge I enjoy and we have a fantastic team of freelancers on the magazine who create great content. In addition, there’s been a surge of interest in fitness since lockdown, with more people taking up exercise plans and the government encouraging people to be active in order to fight the virus. Now more than ever we need to take care of ourselves, and I truly hope that Women’s Fitness can inspire many women to be active.

You launched Personal Trainer back in 2002 - what are some of the best lessons you learned from that experience, and what might you do differently now?

I learned so much! Firstly, I teamed up with a business partner who had a completely different vision for the magazine and indeed our publishing business, and in hindsight we should have had more candid discussions from the very start about how we wanted our business to develop. Secondly, I spent too much time focusing on the magazine and not managing cash flow, so there were some tough times but we got through it. If you are going to set up your own business it’s really important to understand in advance that you will either need to be able to focus on the big picture - i.e. working on the business and not just in it - or find someone who can take care of the bookkeeping and financials. Otherwise things can get very stressful. I thought I learned a great deal during my ten year stint at Dennis Publishing - I learned even more when running my own business. Apart from being the editor of the magazine I was also the face of the company and dealt with the bookkeeping, cash flow, VAT returns and liaising with printers and distributors. It was a busy time to say the least!

... there’s been a surge of interest in fitness since lockdown... now more than ever we need to take care of ourselves, and I truly hope that Women’s Fitness can inspire many women to be active.

What makes you more (or less) likely to pay attention to a pitch from a PR?

More likely when an email is short and to the point about what the product is and what makes it different, special or more appealing than other products out there. Statistical information is useful - e.g. ‘One in four women admit to feeling tired during exercise’ would be a great stat if a company was promoting an energy drink or energising product. I also like to be addressed personally - I’ve had many emails over the years addressed by ‘Dear First Name’ where a database has clearly gone wrong! Or where the email has felt impersonal. It’s also useful if PR companies can display good quality product/service images in the email for me to look at the item and see if it’s relevant more quickly. Anything that gets the unique selling points across quickly is a win win for me.

The latest edition of Women's Fitness is out on 19 August. Readers can order individual issues from the Kelsey Media store. Follow @WomensFitnessuk 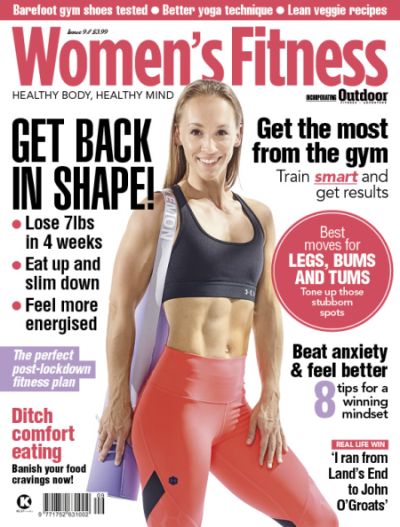