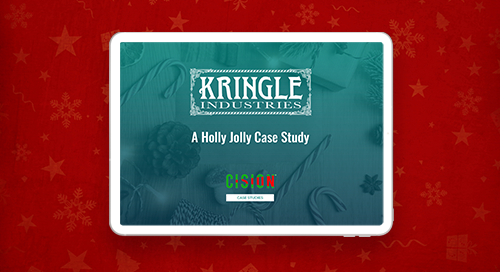 Kringle Industries has been bringing joy to children all over the world for hundreds of years, but lately they’ve suspected a decline in public sentiment towards their CEO (Chief Elf Officer), Santa Claus. Unfortunately, their only means of measuring sentiment was the Clausometer, which runs on Christmas spirit. The Communications team at Kringle decided it was time to adopt a more modern monitoring and analytics solution to determine the true state of their brand and form a plan of action going forward.

As a non-profit that runs entirely on holiday cheer, it’s important that Kringle Industries is top-of-mind when it comes to bringing joy to their target audience: children of all ages (from 1 to 92).

Over the past few years, Penny Sprinkle, Head Public Relations Elf at Kringle Industries, has been worried about a steady public decline in sentiment toward and belief in Santa Claus. “It’s tough to stand out as a jolly old elf when you’ve got to compete with Krampus on TikTok,” she explained. “Our team has been working to provide children around the world with holiday magic and joy for centuries, but the media environment is noisier than ever, and there are more competitors struggling to capture children’s limited attention.”

Sprinkle and her team needed to learn the true extent of the decline in public sentiment towards Santa, as well as build a plan of action to get the Clausometer back in the green for holiday cheer.

“An elf is always up for a challenge! The Clausometer is a dear antique, but it’s simply not up to measuring cutting-edge stats like share of voice across media or tapping into influencers who can help spread our message of holiday spirit.”

Sprinkle turned to the power of the Cision Communications Cloud to learn more about how public sentiment toward Santa was actually trending. With Cision’s social and earned media monitoring capabilities, the team was able to generate detailed reports on global perception of Santa and holiday cheer, helping her team of PR elves truly understand those conversations and develop a plan. 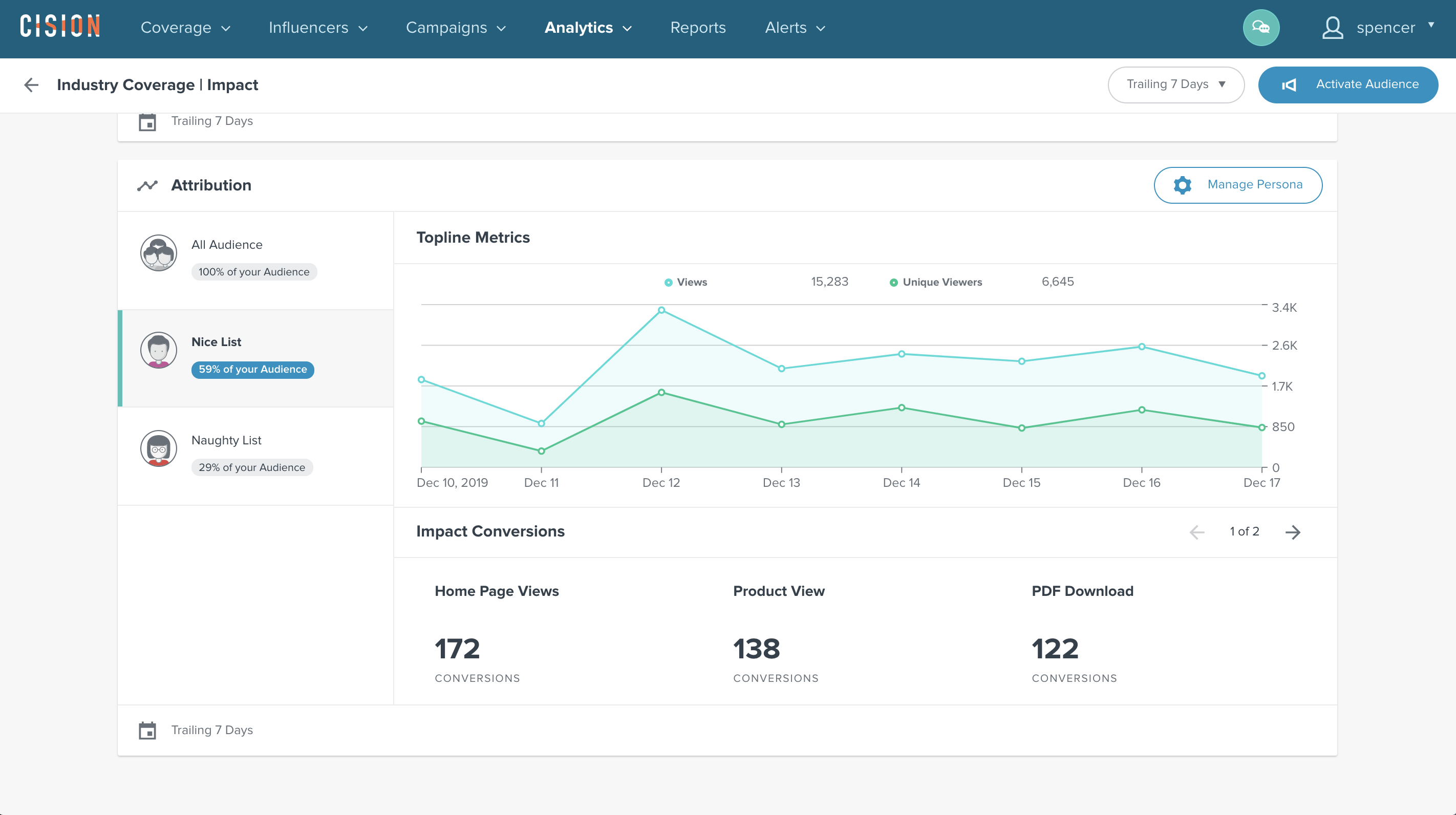 Their goal was to raise awareness in and positive sentiment toward the general Santa brand, and specifically to increase belief in Santa Claus in one segment of their target audience– children under 12 across the world. They learned they also needed to focus on those children’s parents, men and women aged 25 – 45. That audience is already saturated with media from all sides and experiencing record levels of media exhaustion, so Sprinkle knew she needed a compelling story to stand out.

The Kringle Industries team engaged in an integrated marketing campaign blitz(en). First, they commissioned a third-party research study that found that children who received presents from Santa in 2018 were happier, scored higher on standardized tests, and listened to their parents better than children who did not receive presents from Santa. To promote the study and its findings, they pushed out a variety of paid and owned media, including a fully optimized press release and PDF of the full report. They engaged in outreach promoting the study to a set of carefully chosen media publications and social media influencers that would resonate with their two target audiences.

“We needed to be able to tap into non-competitive magical influencers in order to help spread our message of holiday joy. While someone like Krampus is a direct competitor, the Tooth Fairy spreads so much joy year-round, and is also very popular on Instagram, so she seemed like a perfect fit for our brand,” Sprinkle said.

“Kringle Industries is a family business that has been around for many centuries. We stand the test of time because we constantly innovate and embrace new technologies in all facets of our organization – you should see our state-of-the-art toy workshop – which is why our PR elves ho-ho-honed in on the Cision Communications Cloud,” said Sprinkle.

The results were impressive. Among other success, the team reported the following:

Executives at Kringle Industries were impressed. “When we received the list- I mean report,” said Mr. Claus himself. “I had to check it twice!”

Sprinkle and the comms team also summarized the campaign with these takeaways:

But don't just take it from us, see what Penny Sprinkle herself had to say:

Kringle Industries is the world’s leading provider in holiday joy to children of all ages. Backed by passionate elves and supporters across the magical world, we’re challenging the way people think about Santa, working to keep age-old traditions alive in an increasingly distracted modern world. We believe that holiday joy can and will deliver life-shaping moments every child can carry in their hearts all through the year, and hopefully years to come. Kringle Industries exists to make this happen and with your support, we’ll make those memorable moments possible. Visit your sugarplum dreams to learn more.

Cision Ltd. (NYSE: CISN) is a leading global provider of earned media software and services to public relations and marketing communications professionals. Cision’s software allows users to identify key influencers, craft and distribute strategic content, and measure meaningful impact. Cision has over 4,500 employees with offices in 22 countries throughout the Americas, EMEA, and APAC. For more information about its award-winning products and services, including the Cision Communications Cloud®, visit www.cision.com and follow Cision on Twitter @Cision.

Sarah A. Parker is the Content Marketing Manager for Cision, planning, producing and curating content across channels. She previously managed content and social media for several different brands, in addition to working as a freelance writer. Find her on Twitter @SparkerWorks where she is happy to talk all things social media strategy, the dynamic world of PR, and mastiffs.